Homeownership is a foundational part of the American Dream. Most of us have spent a lot more time at home in the past year than ever before. Having a place of our own is more important than ever. While the financial benefits are a perk of homeownership, today homeowners rank the nonfinancial and personal benefits with even higher value.

Recently, two national surveys revealed the reasons homeownership is such an important part of life. The top three personal benefits of homeownership noted by respondents in Unison’s 2021 report on The State of the American Homeowner are:

These sentiments were supported by the most recent survey from Fannie Mae, which also shows that the top three reasons Americans value homeownership have nothing to do with money. Those surveyed were given a list of feelings and accomplishments that are associated with or impacted by where we live. They were then asked, “To achieve this, are you better off owning or better off renting?” Here are the top three points from the list that respondents said homeownership could help them achieve:

Other nonfinancial advantages of homeownership revealed by the survey include feeling engaged in a community, having flexibility in future decisions, and experiencing less stress.

Financial and nonfinancial benefits are a key component to the value of homeownership, but the nonfinancial side is most valued after a year full of pandemic-driven challenges. Contact a real estate professional today if you’re ready to take the first steps toward becoming a homeowner.

How great that you mention the financial and non-financial benefits of owning your own home. I want to buy my first home this year. I will find a good home buying service in the area I want.

Checklist to get pre-approved for mortgage

Getting preapproved for a mortgage before you go home shopping is a must for buyers in today’s real estate market. ... 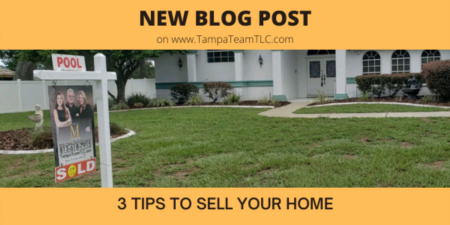 3 things to need to know to sell in this market

Considering selling your home? You’re probably thinking about what you need to do to get your house ready to appeal to ...